The import shutdown was triggered by a threat made to a United States food inspector.

The US lifted a ban on imports of Mexican avocados, ending a week-long suspension triggered by a threat against a food inspector that halted America’s primary supply of the produce.

“This is definitely good news – for consumers, for supermarkets, for the industry as a whole,” said David Magana, senior analyst at Rabobank International in Fresno, California. Because of the quick resolution, “likely many consumers did not see a big price change or even realize that avocados were not being imported from Mexico.”

The USDA’s Animal and Plant Health Inspection Service resumed checks of avocados in Mexico’s coastal Michoacan region, the only area in the country from which the US accepts imports, after Mexican authorities and an avocado growers group provided additional safety measures for inspectors, the agency said in a statement Friday.

“The safety of USDA employees simply doing their jobs is of paramount importance,” the agency said. “USDA is appreciative of the positive, collaborative relationship between the United States and Mexico that made resolution of this issue possible in a timely manner.”

The import halt began Feb. 11 after a US embassy security official judged a threat made against a USDA employee credible. According to APHIS, a US inspector raised concerns about an avocado shipment and refused certification. The inspector’s supervisor was subsequently threatened, along with the supervisor’s family.

In 2020, a USDA employee was killed in Northern Mexico while conducting fruit fly and citrus-pest detection and eradication activities. 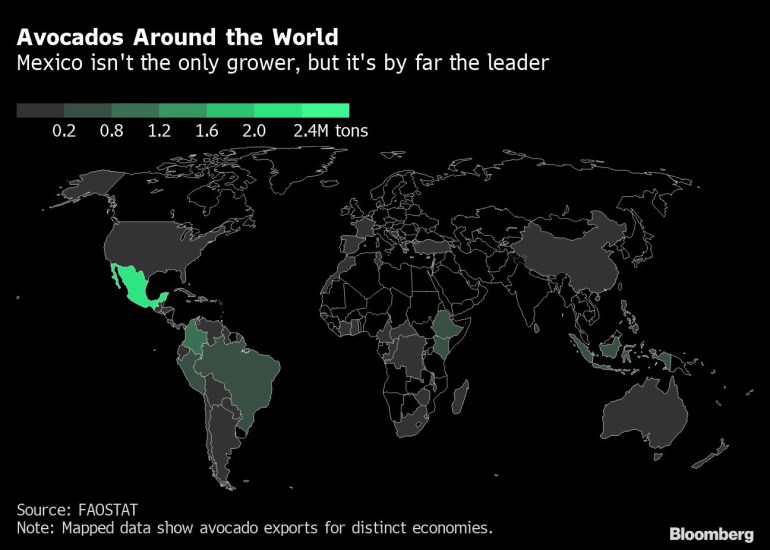 The import shutdown crippled an industry critical to the violence-plagued state of Michoacan, which supplies 80% of US avocados. The USDA inspection halt prevented exports to the US, though USDA allowed imports to continue for produce that had already passed review. Prices in Chicago surged 59% during the ban, according to agency data.

Around 20,000 tons of avocados worth about $ 50 million that would normally have been exported since the Feb. 11 suspension are still hanging on trees, one grower in Michoacan estimated.

Small US restaurants that do not have the buying power of chains like Chipotle Mexican Grill Inc. were especially eager for a swift end to the ban.

“If a deal is not met, avocados will come from California but the feeling is that the state will hoard them and there will potentially be very little for other states,” said Tracy Vaught, owner and operator of H Town Restaurant in Houston, Texas , which operates five restaurants, four of which are Mexican food restaurants.

(Adds analyst comment in second paragraph, and further details of the ban, comments from a restaurant owner, producer estimates, map and avocado prices throughout.)
–With assistance from Max de Haldevang.