All but one of the 30 crew members of sunken vessel rescued and operations continue, Iranian official says.

A cargo ship from the United Arab Emirates with 30 crew on board has sunk in Gulf waters off the coast of Iran, according to Iranian media.

The incident some 50 kilometers (30 miles) from the port of Asalouyeh triggered a search-and-rescue operation in heavy seas, with all but one of the people on board brought to safety as efforts continued on Thursday, Iran’s official IRNA news agency said ,

“Twenty-nine crew members have so far been saved, and rescue operations are continuing to find another team member,” an official from Iran’s Bushehr province told IRNA, which reported that the ship was transporting cars.

Jahangir Dehghani said two Iranian rescue vessels were present at the scene of the accident and that meteorologists reported wind speeds of 70km / h (43 mph).

Dubai-based Salem Al Makrani Cargo Company had earlier told Reuters news agency that its ship sank as a result of bad weather. The spokesperson of the firm said it was in contact with Asalouyeh port authorities.

“Because of the unfavorable weather and high winds”, the ship sank before three rescue vessels could reach its location, a local maritime protection official told IRNA.

Iran’s weather service had put out a red alert on Wednesday for high winds and heavy seas in the waters off Asalouyeh. 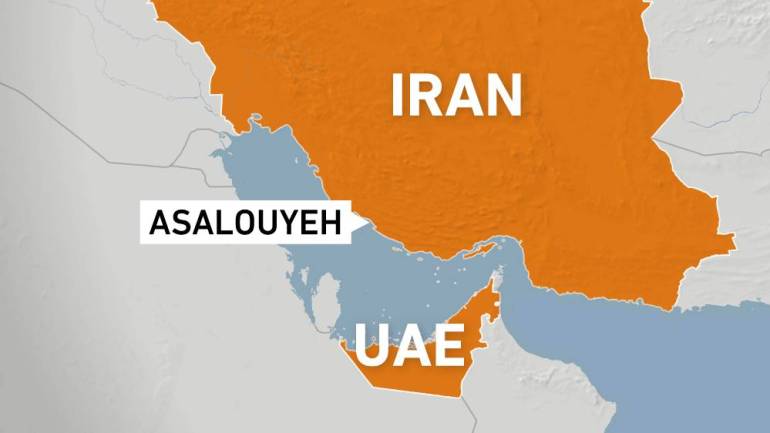