Sunak told to show government on side of struggling Britons

Boris Johnson has told Rishi Sunak that his Spring Statement on Wednesday must prove that the government is on the side of people struggling with the crisis in the cost of living.

The prime minister’s edict will reinforce expectations that Sunak will cut taxes on fuel, with speculation of either a temporary reduction in VAT or 5p coming off fuel duty to offset high prices at the pumps.

The chancellor is also under pressure to soften his planned £ 12bn national insurance rise, intended to raise money to clear an NHS treatment backlog and to fund social care, or to cut other taxes.

One ally of Johnson said: “The prime minister is acutely aware of the pressure on people’s household budgets. He has made it clear to the chancellor we should be on their side. ”

The prime minister said that as well as “cushioning” the cost of living now, he also wanted to take some “long-term bets” – for example investing in nuclear energy, according to his aides.

Sunak’s team say the chancellor has been making those points himself ahead of the Spring Statement and that he has a record of helping people in difficulties, notably over Covid.

Treasury insiders say the Spring Statement will be a “policy-light” event. Sunak has been adamant that it is not a “mini Budget” and that major fiscal decisions will be taken in the autumn.

But they confirm that even if there are relatively few new policies in the statement, the chancellor will take decisive action to alleviate pressures on households caused by rising fuel bills and higher inflation. 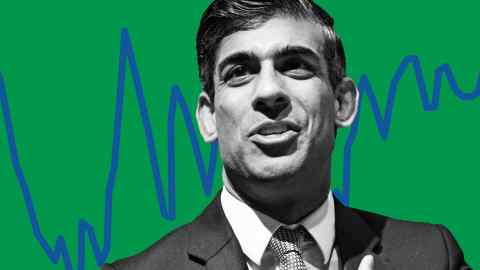 Sunak wants to be a tax-cutting chancellor and might make a downpayment on this by reducing income tax, perhaps by increasing tax allowances or the threshold where people start paying national insurance contributions.

Sunak’s officials have also considered raising the employment allowance, which allows small companies to reduce their annual national insurance liability by up to £ 4,000. That figure could increase, perhaps to £ 5,000.

Ministers do not expect Sunak to increase next month’s planned 3.1 per cent rise in benefits, including universal credit, even though inflation is predicted to be heading towards a peak of 10 per cent.

Sunak’s statement will also set out how he hopes to boost the growth potential of the economy. A shake-up of business taxation and incentives for investment and research will feature in his October Budget.

Labor wants Sunak to levy a windfall tax on North Sea oil companies, but the chancellor has so far resisted, arguing that he wants them to invest more in developing new fields as Britain “transitions” to a net zero economy.

However, some Tory MPs believe he could still raise some kind of tax on businesses benefiting from the big spike in energy prices. Italy last week imposed a windfall profit tax of 10 per cent on some energy companies that will raise more than € 4bn.

The automotive industry is also expecting to hear more details of the government’s strategy to boost the use of electric vehicles, including the rollout of car-charging points.