Russia: We have enough oil and gas buyers even with sanctions | Russia-Ukraine was News

The United States has banned imports of Russian oil and other fossil fuels, a move that sent prices of commodities from energy to metals to grains surging.

Russia has enough buyers for its oil and gas even as Western nations and their allies impose sanctions in response to the invasion of Ukraine, according to a top Kremlin official.

“We will not persuade anyone to buy our oil and gas,” Russian Foreign Minister Sergei Lavrov said Thursday at a briefing in Turkey following a meeting with his Ukrainian counterpart Dmytro Kuleba. “If they want to replace it with something, they are welcome, we will have supply markets, we already have them.” 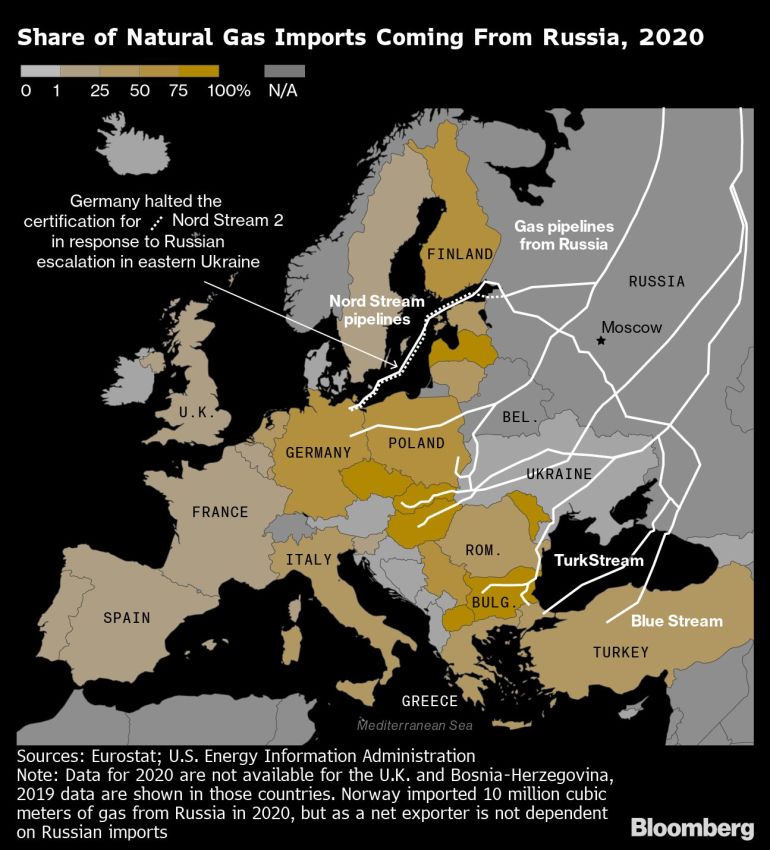 The statement comes as Europe, the single-largest buyer of Russian energy, is weighing the likelihood of gas-supply disruptions as the war with Ukraine continues. The continent, which is dependent on Russia for about 30% of the gas it consumes, is trying to reduce that reliance by tapping new supplies, improving efficiency and using more renewables.

Crude and natural gas have rallied amid concerns of Russian supply cutoffs. At the start of this week, oil reached the highest level since 2008, while European gas price set historic records. Some profit-taking and forecasts of milder weather have eased the EU gas rally since, while the Brent market has seen sharp price swings on headlines from Ukraine and the Organization of Petroleum Exporting Countries.

Russia is fully compliant with its energy obligations in and outside Europe, President Vladimir Putin said at his meeting with the government on Thursday. “We supply to our main buyers everything we have to supply,” he said in a speech broadcast on state Rossiya 24 TV. “Prices there are rising but that’s not our fault,” he said.

The US has banned imports of Russian oil and other fossil fuels, a move that sent prices of commodities from energy to metals to grains surging. The UK partially followed, but stopped short of imposing a full embargo on gas imports. Other European nations, which have been grappling with a supply crunch for months, have been reluctant to take similar steps. Instead, oil traders and companies have been self-sanctioning, and even quitting their operations in Russia entirely. 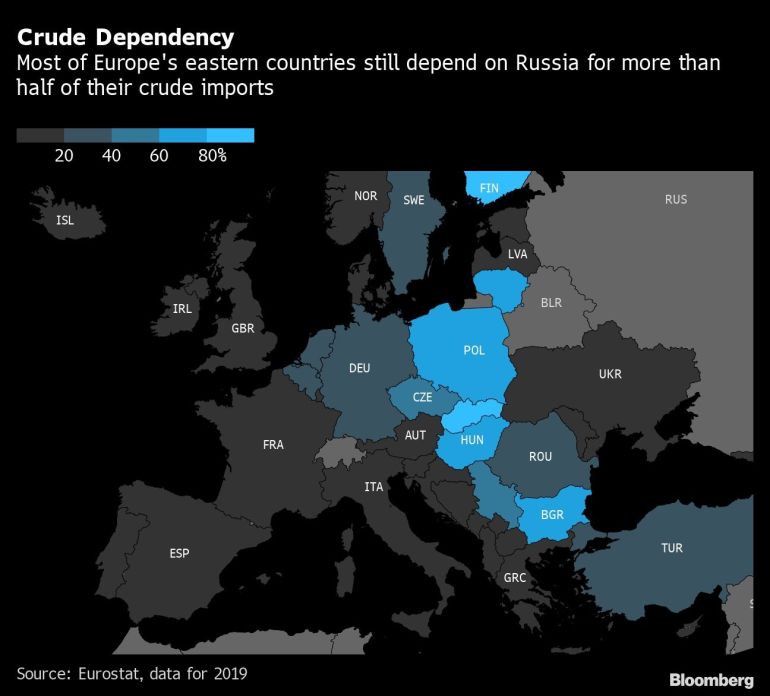 Russia, which currently sends natural gas to China via the Power of Siberia gas link, has been holding talks with the Asian nation over another major long-term deal for supplies via Mongolia. Currently, Russian gas-pipeline infrastructure is not capable of west- or eastbound redirections of gas flows. However, if the deal is reached, an interconnector will be built, decreasing Russia’s dependence on Europe to buy its energy.

(Updates with details of energy prices in the fourth paragraph, Putin’s comments in the fifth paragraph.)