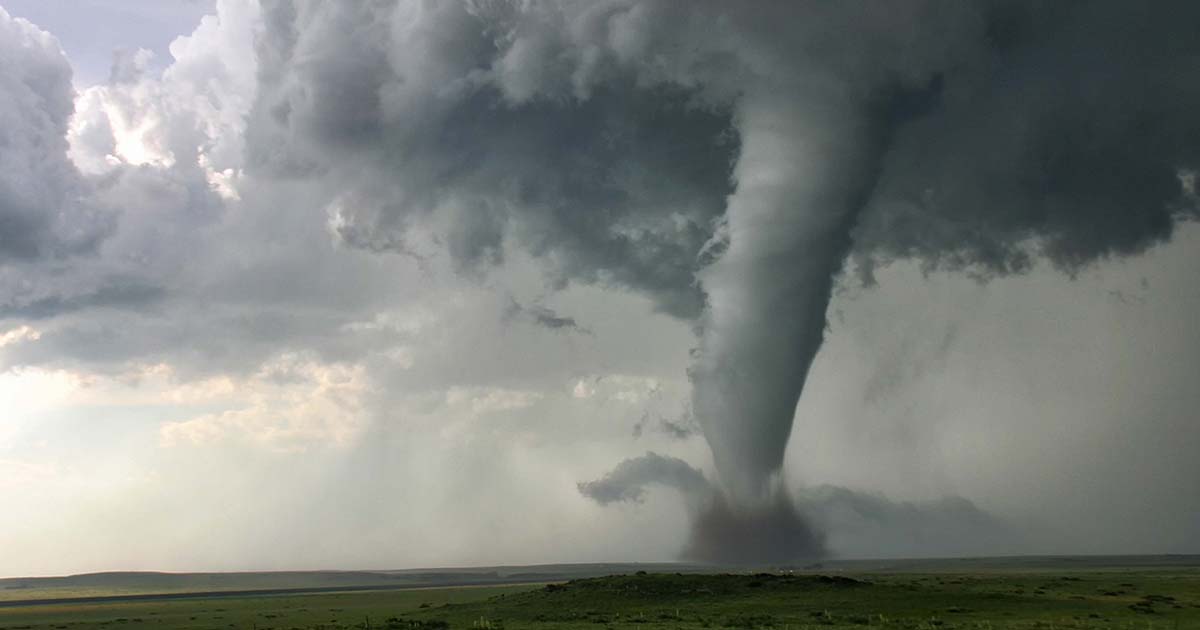 On Dec. 10 and 11, 2021, a series of major tornadoes savaged the South and the lower Midwest. One twister tore through 200 miles in one fell devastating swoop in Kentucky. The total death toll was at least 90.

Dawson Springs, Kentucky, is a town of about 2,700. The initial list of individuals unaccounted for was about eight pages, single spaced.

Communities face increasingly destructive unnatural disasters – catastrophic forest fires and earthquake fears on the West Coast, tornadoes in the Midwest, hurricanes and floods on the Gulf and East Coasts and an occasional New England deep freeze.

At first blush, some might think discussing telehealth is not logical here. But what is telehealth? More than video consults with doctors, it’s using Internet and intranet technologies to facilitate many medical activities associated with healthcare and wellness of the body and mind. Telehealth is either real-time appointments, some variation of store and forward data exchange, or digitized medical knowledge.

Obviously, telehealth disaster solutions are an inexact science, but there are plenty of component parts that can make powerful solutions. Next year, the federal government is unleashing billions for broadband, telehealth and healthcare, so now is a good time to formulate some telehealth- and broadband-driven disaster-recovery strategies while there’s money, even as pilot tests.

In general, a natural disaster has at least three phases: 1) the often-unpredictable initial impact when everyone is either hunkering down or running for dear life, 2) the immediate aftershock and assessment of damages to people, and 3) the slow recovery path to normalcy. The many variations of telehealth can impact these phases.

First responders have the lion’s share of immediate medical responses when disasters hit. They have equipment that helps responders communicate with hospitals, clinics and so forth so they can triage and manage injuries. Paramedic vehicles are being outfitted with more powerful wireless technology to facilitate patient treatment en route to hospitals.

In many parts of the country, cities are customizing RVs, vans, buses and ambulances with telemedicine tools, expanded medical capabilities and wireless connectivity to bring healthcare directly to underserved populations, in particular, and parts of the general public.

One benefit of these vehicles is that there is a trust built up between the community and participants that makes people and medical management easier during disasters. Also, these programs devoted to telehealth are more versatile with people receiving a broad range of treatments and consultation, possibly in residences or in sheltered places. Communities may want to increase these mobile units.

In many urban and rural areas in the US, a major disaster can take out the power for a week or two while making freeways and streets unusable for a month. In Bowling Green, Kentucky, there are 12,000 homes without power as of this writing, and more than 500 houses and dozens of businesses were destroyed.

Before there is a disaster, consider designating various buildings citywide (such as libraries, auditoriums and gyms) as “generator and telehealth zones,” where you can move in appropriate equipment and telehealth kiosks. Use these for store and forward telehealth apps for people without homes, power, and / or Internet access. Bring in telehealth kiosks for real-time treatments and mental health sessions.

Make prior arrangements with hotels, college dorms, warehouses and other facilities, where you can bring in generators, computers, telehealth equipment and wireless intranets (private) networks. Use these buildings (if they survive the disaster) for seniors with health issues who have been displaced, people with chronic illnesses and patients with non-serious injuries from the disaster – if these residents do not have easy access to other residential or healthcare facilities .

Urban low-income residents seem to be easily forgotten when disaster strikes. When Hurricane Katrina smashed into New Orleans in 2005 causing more than 1,800 fatalities, it was also one of the most epic public health fails in US history. It took months before poor neighborhoods got broadband back – if they ever did.

Learning from the lesson, cities should take broadband and healthcare money, create emergency healthcare capabilities within public housing facilities for times of disaster and leverage the technology during normal times.

Let’s accept the obvious: if homes and buildings are destroyed, telehealth is going to be iffy, depending on how long the batteries on computing devices and phones hold out, and the infrastructure driving the electricity. The quality and speed if you have a community’s broadband network has a big impact on your technology’s ability to survive a disaster and to quickly come back online.

“Our network provides broadband and private connections for multiple 911 centers in North Georgia,” says David Little, vice president of network operations for the North George Network. Community broadband built by electric co-ops or public electric utilities, such as Lafayette and Chattanooga, are designed so both data and electricity immediately re-route around flooding or other damage to any location throughout the network. These networks rarely have downtime, despite disasters.

Communities have to take charge of their digital fate. More cities and towns have the opportunity to build the best. Telehealth stakeholders should be involved with their city’s broadband or digital efforts, or at least a community broadband initiative to support telehealth and disaster response.

Grayson, Kentucky, which has a population of 4,217, is using its federal American Rescue Plan Act funds to build a huge 100-gigabit-per-second network – upload and download speeds – that feeds every home. By one guesstimate, that’s 100,000 written novels – per second.

Grayson and many other communities in Kentucky and elsewhere dodged a serious bullet. Some are working feverishly to put their broadband and digital houses in order. Innovations are coming down the pike, such as continuous-monitoring medical devices and artificial intelligence “health coaches,” that will help communities ride out the storms.

“The public’s access to telehealth in our community will be light years ahead,” said Grayson City Clerk Duane Suttles. “In the event of a natural disaster, once emergency power is established, access to 1-gigabit fiber by every building will enable emergency responders to greatly enhance medical treatments in the field and in homes when transportation may be delayed due to closed roads and bridges . “

Saved from a stroke by telehealth, Craig Settles pays it forward by uniting community broadband teams and healthcare stakeholders through telehealth-broadband integration initiatives. Follow him on Twitter @ cjsettles101.

The integration imperative: achieving a future vision for healthcare