Federal Reserve officials are set to raise interest rates next month and would be willing to tighten monetary policy more quickly than they currently anticipate if US inflation does not come under control, according to the minutes of their latest meeting.

The account of the January gathering of the Federal Open Market Committee said officials were on board for the first interest rate increase since 2018 to be implemented “soon” in the face of soaring inflation. Economists interpreted that to be a confirmation of a “lift-off” in March.

Most Fed officials acknowledged that a faster pace of rate rises was “likely warranted” compared to the last tightening cycle, when the Fed increased its main policy rate by a quarter-point in December 2015 and then held off on another adjustment until the end of 2016.

A majority of officials noted that if inflation does not abate sufficiently, there is scope to tighten monetary policy “at a faster pace than they currently anticipate”.

That could mean either raising rates more quickly or shrinking the size of the Fed’s balance sheet, which swelled to almost $ 9tn during the pandemic as it hoovered up bonds to prop up the economy.

Short-dated Treasuries, which are most sensitive to shifts in Fed policy, rallied after the minutes were released, with traders slightly dialing back their expectations for how aggressively the central bank would tighten this year.

Overnight funding markets showed traders were pricing in just over six quarter-point interest rate increases this year, down from six-and-a-half earlier in the day.

US stocks pared losses from earlier in the day to briefly trade in positive territory. The S&P 500, which had been under pressure as investors weighed developments between Russia and Ukraine, was 0.4 per cent lower after the minutes were released.

At his post-meeting press conference last month, Jay Powell, the Fed chair, refused to rule out an aggressive cycle of rate rises, including a jumbo half-point increase at some point if inflation does not ease sufficiently.

When asked whether the Fed would consider raising rates at any subsequent policy meeting this year, which would result in seven increases in 2022, he said no decision had been made.

The minutes of the meeting did not mention any discussion about a half-point move. 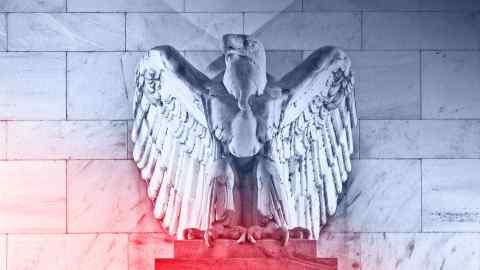 The latest inflation report showed US consumer prices surging at an annual rate of 7.5 per cent last month, the fastest increase in four decades.

James Bullard, president of the St Louis Fed and a voting member of the FOMC this year, appeared to suggest in an interview with Bloomberg last week that he would support a half-point rise in March or even an increase before next month’s scheduled meeting.

He clarified his stance on Monday by saying he would defer to Powell on how quickly to tighten monetary policy.

Fed officials had another in-depth discussion about the balance sheet, according to January’s minutes, and established several principles for scaling it back.

According to the minutes, Fed officials agreed a “significant reduction” in the size of the balance sheet would “likely be appropriate”, but no details about the timing or the monthly pace were disclosed.

How many trees does it take to meet toilet paper demands?