Shares in Chinese healthcare companies sold off after the US commerce department added pharmaceutical group WuXi Biologics to its “unverified” list for exporters, lopping off more than a fifth of the company’s market value.

The addition of WuXi and 32 other Chinese entities to a list that curbs their ability to access US technology sent Hong Kong’s Hang Seng Healthcare index down almost 5 per cent on Tuesday, putting it on track for its biggest drop since early December.

WuXi, a Chinese drugmaker, suspended trading of its Hong Kong-listed shares, which plummeted as much as 32 percent. The company’s stock was down more than 22 per cent when its shares were frozen, wiping $ 10bn from its market capitalization and putting it on track for its biggest daily decline on record.

The Biden administration has worked to make it more difficult for China to secure cutting-edge technologies by placing its companies on a series of entity lists and blacklists that restrict trade and investment.

Despite the sell-off, WuXi said in a public statement that its inclusion on the list would not significantly impact its business. WuXi Biologics has been importing certain hardware controllers for bioreactors and certain hollow-fiber filters that are subject to US export controls but have received [US] approval for the last 10 years, ”the company said in a statement late on Monday.

It added that the commerce department had “a routine process to verify the proper use. . . of these [materials] on site ”, which had not been completed for two years as a result of the coronavirus pandemic. 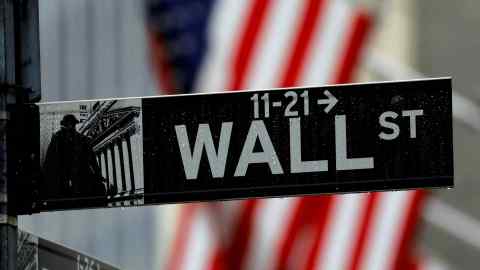 The commerce department adds groups to its list if it cannot verify the end-use of goods exported to them. The addition of 33 Chinese groups to the unverified list came as the US steps up scrutiny of Chinese companies.

US exporters must apply for a license if they want to export certain items to companies on the “unverified” list, while Chinese companies have to prove that they are in compliance with Washington’s regulations in order to be removed from it.

In December, the US added eight Chinese companies to its investment blacklist and 11 biopharmaceutical organizations to its “entity list”, which bans companies from exporting certain American technology.

But analysts said the impact of the bans could be minimized by replacing US components in any products. That is a potential path forward for WuXi, since the ban only affects two types of equipment used by the company.

John Yung, an analyst at Citigroup in Hong Kong, said WuXi was “more likely to seek alternatives in the EU or China” rather than deal with expected delays for US parts as it sought the necessary approvals.

Robert Armstrong dissects the most important market trends and discusses how Wall Street’s best minds respond to them. Sign up here to get the newsletter sent straight to your inbox every weekday

The message from rising real rates