With the current geopolitical climate creating a heightened risk of cyber conflict, it is more important than ever that hospitals consider cybersecurity to be a key component in patient safety. Cyberattacks have been demonstrated to lead to delays in patient care and any delay in patient care has the ability to lead to adverse outcomes for patients.

Hospitals and other healthcare delivery organizations need to begin to take stock of their cyber postures and ensure that they have mechanisms in place to mitigate the risks of a cyberattack. In addition to the standard recommendations of having an incident response plan, verifying backup and restore capabilities, reducing vulnerabilities at the perimeter, and other such controls, HDOs need to begin to adopt a more threat informed defense approach to securing their organization.

While the compliance-based framework approaches that hospitals have traditionally used are not without merit, it is important to remember that compliance frameworks need to be viewed as minimum acceptable standards and not as end goals. It is oftentimes very easy to be compliant with a framework and still be highly insecure.

Most compliance frameworks will check for the existence of a control but do nothing to actually assess or measure the effectiveness of the deployed control. Take for instance a control such as a firewall.

It is one thing to have a firewall deployed and check a compliance box, but just having a firewall deployed is a far cry from ensuring that proper egress filtering is in place, DNS traffic is properly locked down, and other critical configurations are actually present in the firewall. HDOs need to start to look past buying a few security tools and appliances, deploying them and assuming they are secure because they checked off all the boxes.

HDOs need to begin to take more evidence-based approaches to security and need to begin to actually measure and quantify the effectiveness of their controls and this is something that threatens informed defense excels at.

Figure 1: The Pyramid of Pain: 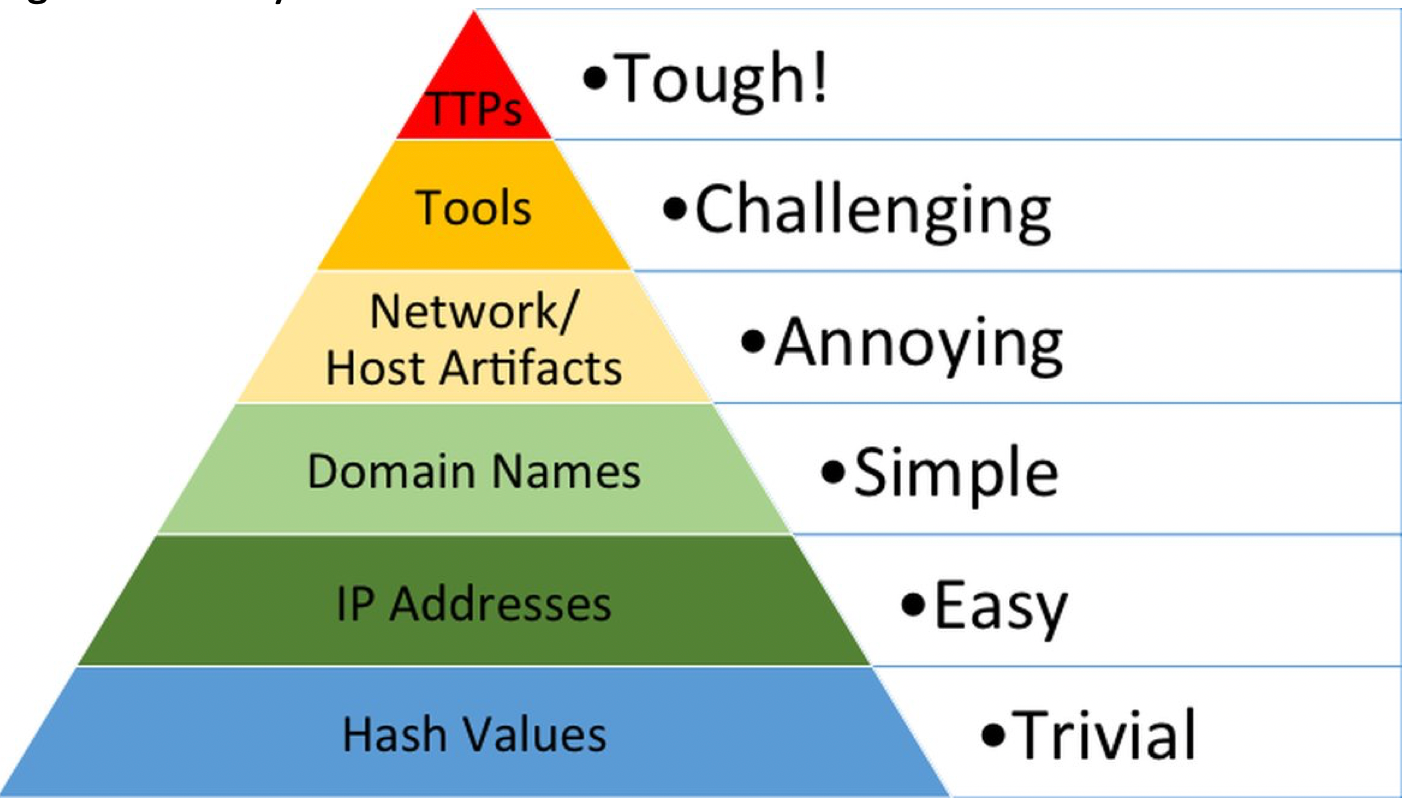 Likewise, proper egress filtering in your firewall will make some of the techniques used for command and control and some of the techniques used for exfiltration significantly more difficult. When one begins to look at security from the perspective of threat informed defense, it also becomes easy to see why many healthcare organizations fail to withstand ransomware and other attacks.

While tools can help to put controls around some TTPs, many of the controls that are most effective at the TTP level come down to the presence of hardened architectures and configurations and principle of least privilege which are weak points in many organizations. 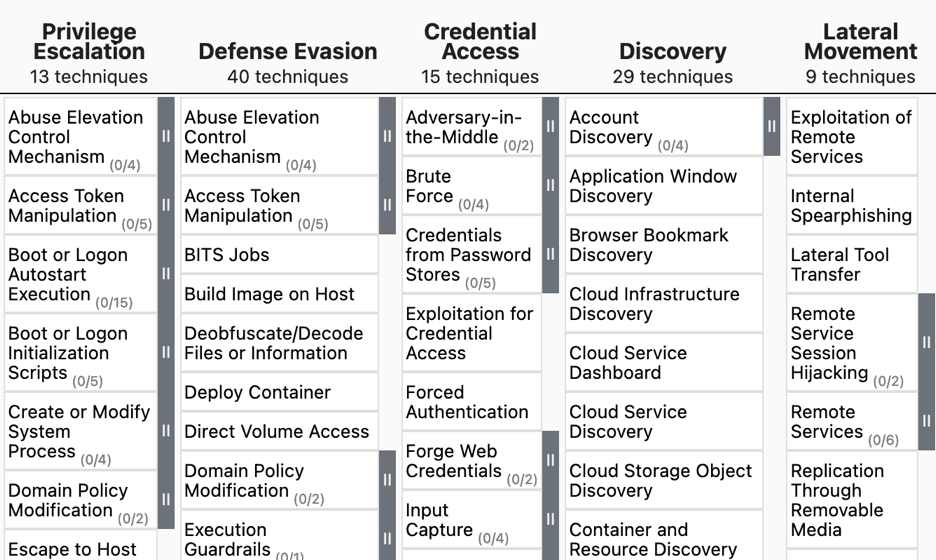 While knowing that we can be more effective in stopping attacks if we target our controls at the TTP level is a great start, the pyramid of pain does not answer the question of how do we know what TTPs we need to focus on? This is where the existence of the MITER ATT & CK Framework comes into play.

The MITER ATT & CK framework is a listing of all of the TTPs observed in real world attacks and mappings of these TTPs back to the threat actors that deploy them.

Thus, if an HDO is worried about the Darkside and Ryuk ransomware groups, they could use MITER ATT & CK mappings to see what TTPs these threat actors use and begin to take measures to ensure that proper detective and preventive controls are deployed against these TTPs. While a qualitative assessment might be a good way to start identifying any control gaps, HDOs need to start to make security much more of a quantitative process.

Security needs to become measurable and have meaningful metrics put around it that actually measure the effectiveness of security controls against real-world TTPs.

While traditional methods of putting metrics around security like KPIs and KRIs are not valueless, they often over simplify the security picture and are often not sufficient to identify actionable insights that will actually result in security improvements.

They are often too high level to identify the root causes that lead to control being bypassed or a detection being missed. More direct methods of measuring control efficacy are needed. For example, having a goal of improving your mean time to detection is great, but it does not address the more fundamental issue of first ensuring that you even have the capability of detecting with high efficiency all of the TTPs that you actually need to detect .

This is where more evidence-based approaches to information security are needed that incorporate the principles of threat informed defense, whereby organizations begin to take a more quantitative approach to security via the following steps:

For example, after completing a ransomware simulation in a NYC hospital it was clearly demonstrated that controls like network segmentation were highly effective at stopping an attack, but that same simulation also showed that the granularity of segmentation which was present at the time was also not fine grained enough to prevent operations from being impacted.

A critical control was present, but when tested did not have the desired efficacy and pointed out an area that was in need of improvement which led to the adoption of zero trust architecture. Likewise testing may show that even some advertised protections of certain tools may work, but may not always work at a high enough efficacy.

As security professionals we need to start to move away from treating security as an art form and start to treat it more like a science. Security needs to be made measurable and made measurable in a meaningful way that directly correlates to how well we can detect and prevent the threats that we face.

We need to stop deploying security tools and then assuming we are secure and start taking the time to ensure that effective combinations of properly configured tools, security architectures and hardened configurations exist to give us a quantitatively demonstrated and meaningful chance at resisting the threats that we are likely to face.

Making continual efforts to measure security and quantitatively improve security is critical for HDOs as we face the potential for a heightened threat landscape.

Christopher Frenz is Information Security Officer and AVP of IT Security at Mount Sinai South Nassau.